All cloud servers can be connected to a private network without direct access to the Internet. It is possible to configure different Internet access options using routers, floating IP addresses, and shared public IP addresses. 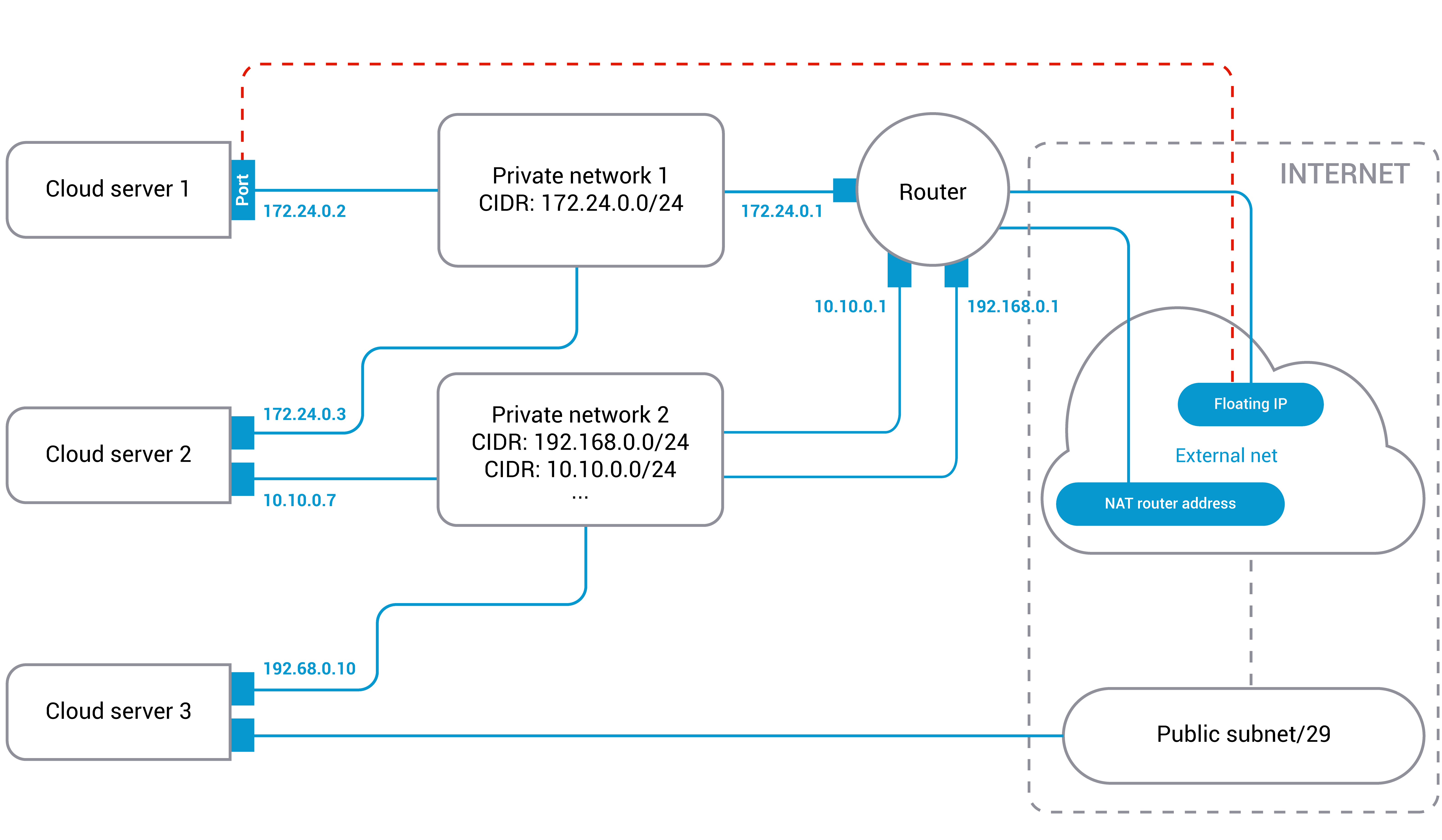 Network objects are regionally-specific resources. They can be used for combining virtual machines in all availability zones of the selected region.

Network objects of the Cloud platform are described in the following table:

A bastion host is a host on a network that can function as a gateway/proxy server for all other servers. Typically, such a host is available on the external IP address and communicates with other servers over a private network. 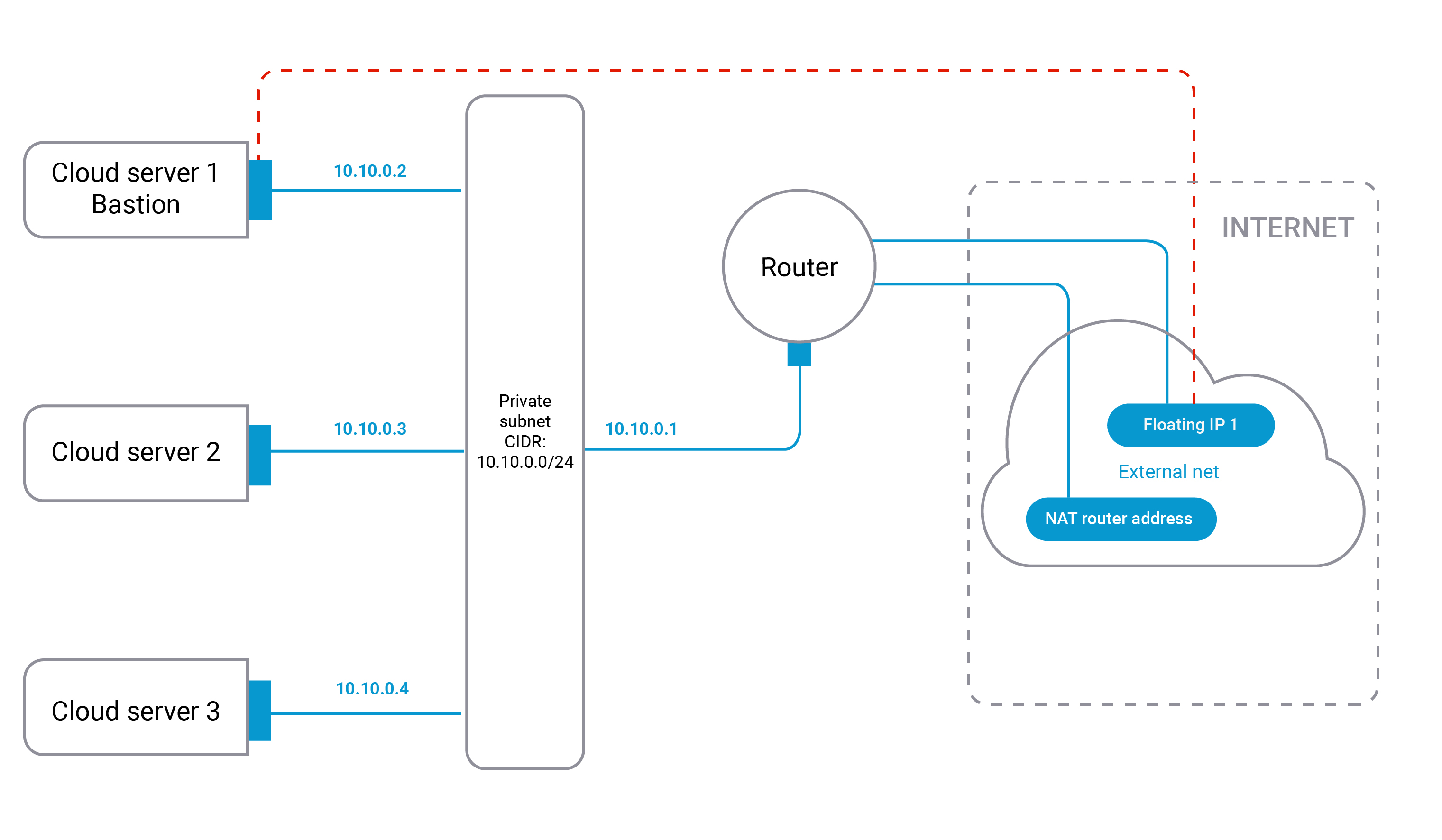 All servers have public access to the Internet. Servers interact with each other through public interfaces. 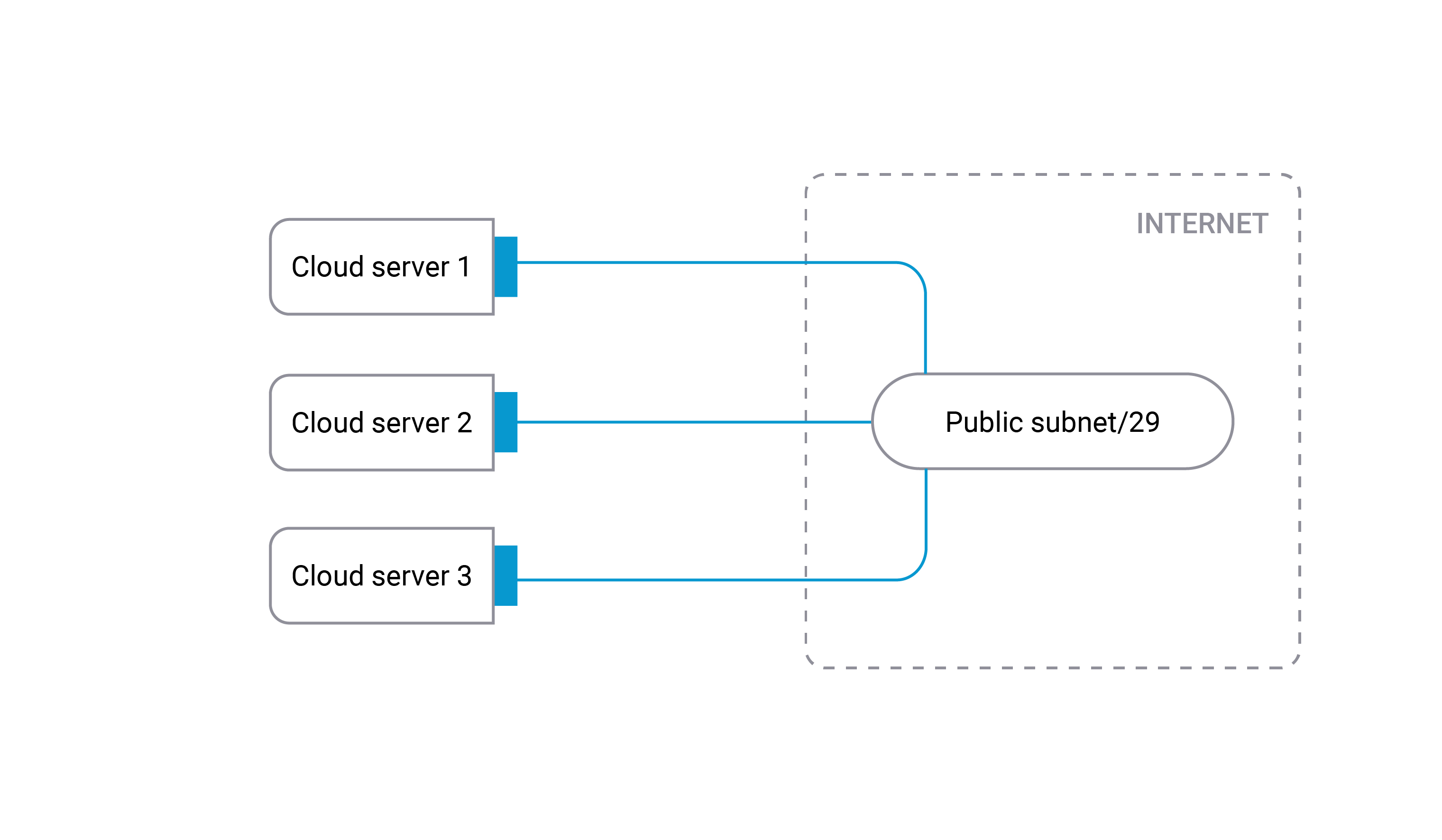 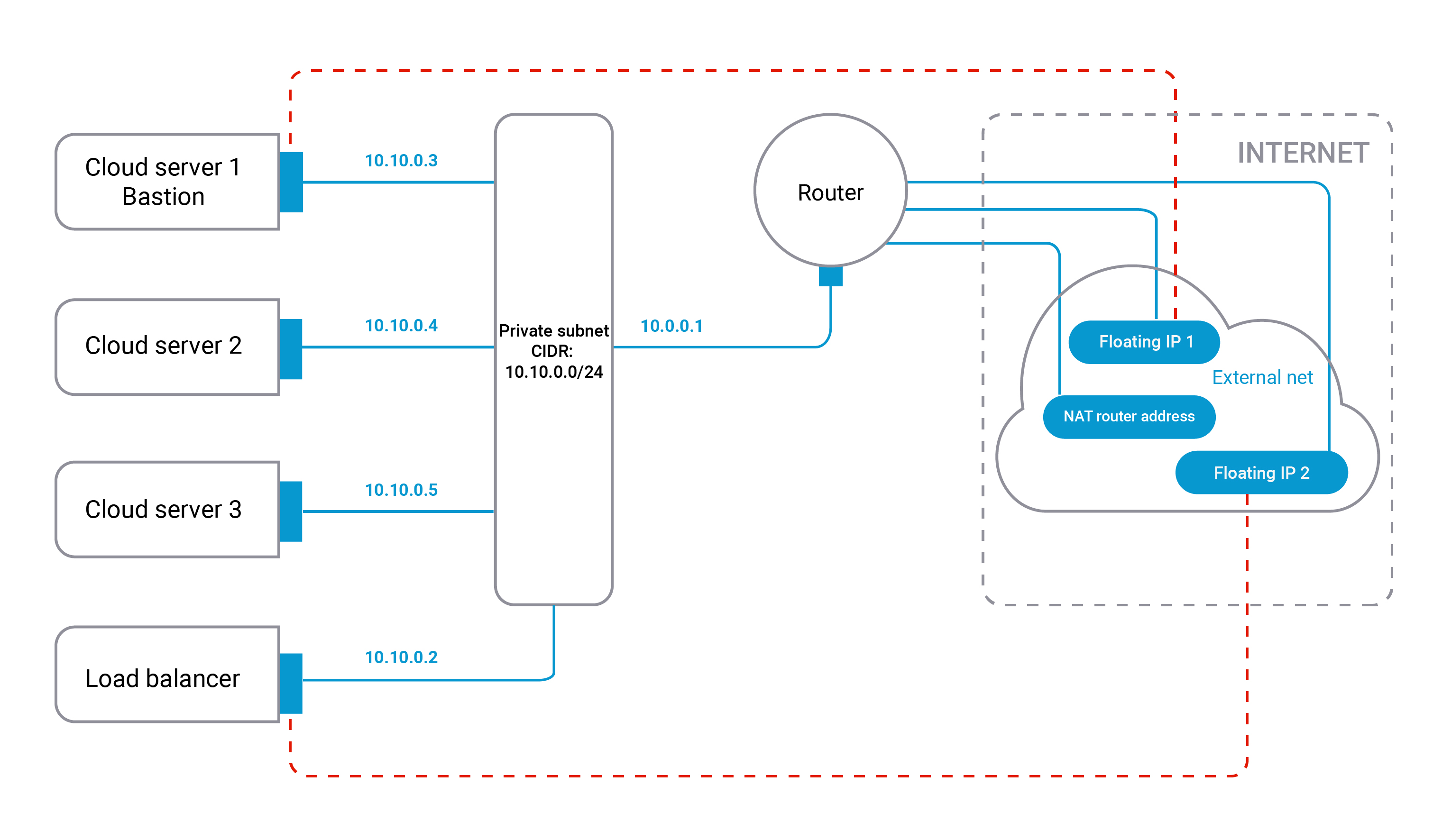 Private Network between Regions and Services

Such a topology allows you to provide direct public access to a group of cloud servers (virtual machines) and connect them with a private network to resources in another region of the Cloud platform or to dedicated servers in any location. 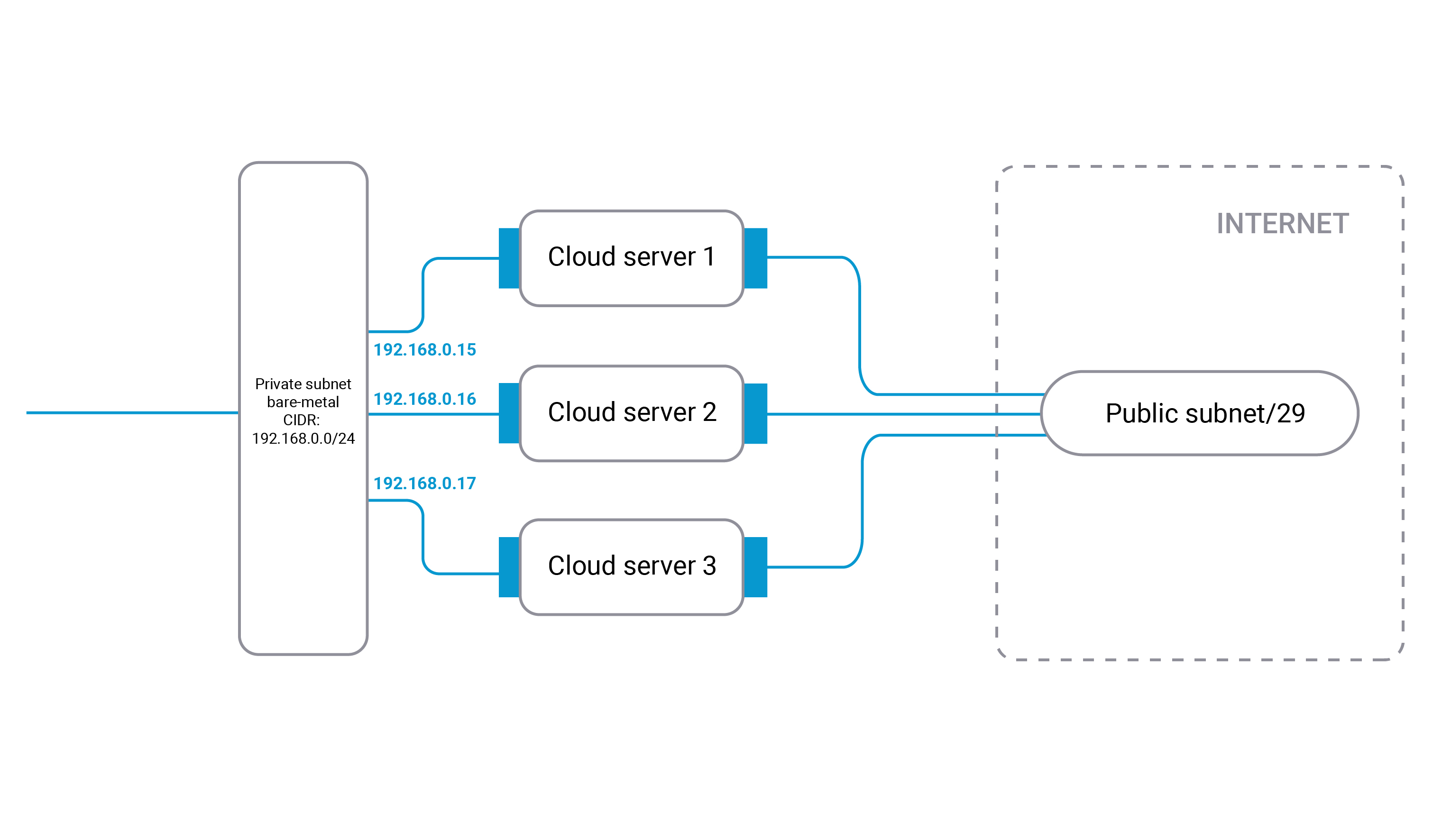 An L3VPN network is used to create this topology. To connect the L3VPN network, fill in the form and submit a request on the Private networks tab in the Network services section of the Control panel.